Each of the three years we have been to Juarez for Thanksgiving we have had similar experiences, but also very distinctly different experiences. Some of the differences have to do with the particular group of people assembled for the build, some of it has to do with the family we are building for and their individual situations and needs, and even the weather variance has helped create clear memories for each year.

This year’s marked distinctions were definitely the family we were building for: Carlos, Sandra and their seven children (plus one on the way, any day now). There were also family members who won’t be living in the home, but who are certainly part of this home. Specifically the abuela (Sandra’s mother, who I called Abuela, but whose name I believe was Teresa) and Sandra’s brother, Jesus. As our team watched, interacted and spoke with these different people more of Carlos and Sandra’s family story was revealed, giving us an even deeper heart ache and desire to show compassion. One piece of heaviness for me was how clear it was that they were poorly nourished and just living in a survival mode–most of seven the kids were small for their age (I actually thought the 7 year old was 4) and the youngest kids didn’t have energy for playing. (more on this later…)

Another difference this year was our team. Three new families joined us and rounded out the group so nicely. It was so great to have the extra hands/bodies on the build. This freed me up to focus on Sage (and Tiny) and interact a little more with the family and neighbors. (I got to practice my Spanish a lot! Super fun.)

The first day always begins around the foundation of the home with introductions and discussing how things are going to happen.

We have experience just about every kind of weather in Juarez. Year one: temps below freezing; year two: rain; year three: sun on day one…and then serious wind on day two. It was great to be in short sleeves though!

Randee and Sage have a little bonding time

Marissa is a pro at this! (L) Eldest son, Carlos, (R) was eager to help and jumped right in with whatever he could. 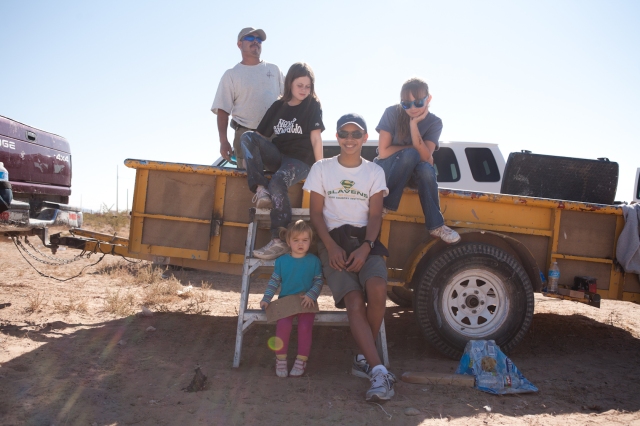 Me with Susy, one of the most gracious and beautiful women you will ever meet.

Six out of seven kiddos with mama in the background.

Another distinction of this year will be the prayer walk we did in the neighborhood where we built. We just walked down the street and if people were out we chatted with them, asked them if there was anything they would like us to pray for them about. We also gave them a simple water filtration device if they did not have one. I was amazed at how open people were, willing to talk about hard things, and eager to let us pray for them. 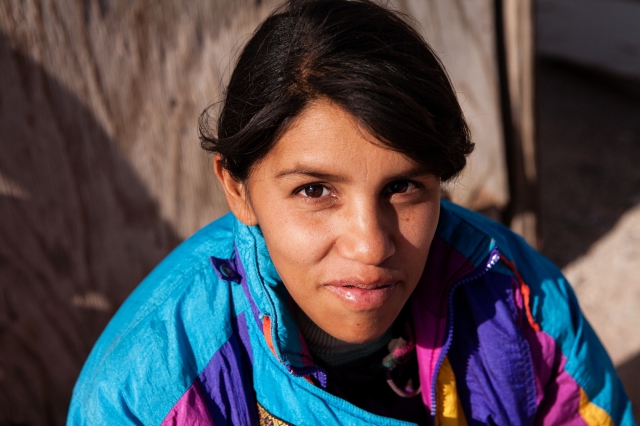 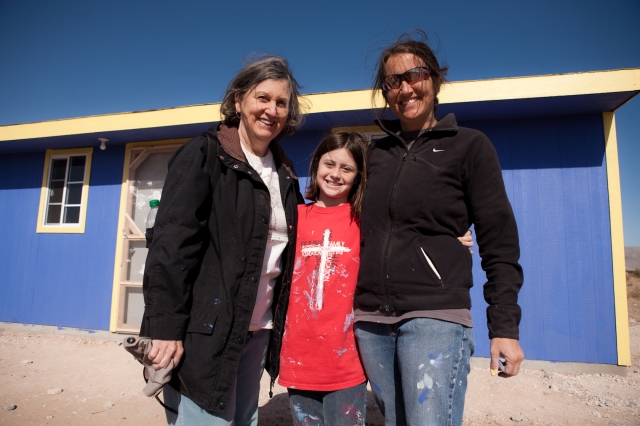 One of the neighbor boys who got in on the painting. 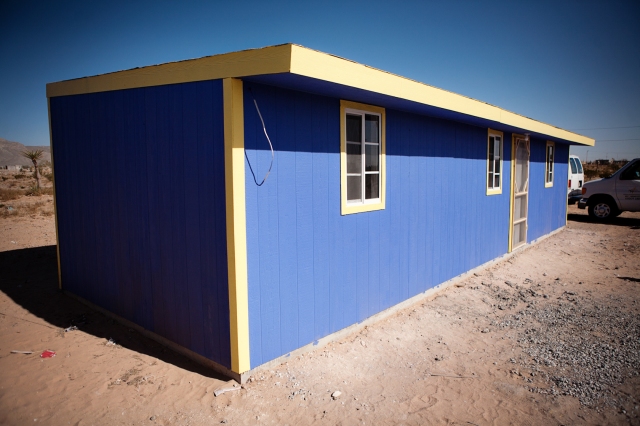 Yes, it does resemble an IKEA from the outside. A little bit smaller on the inside. =) 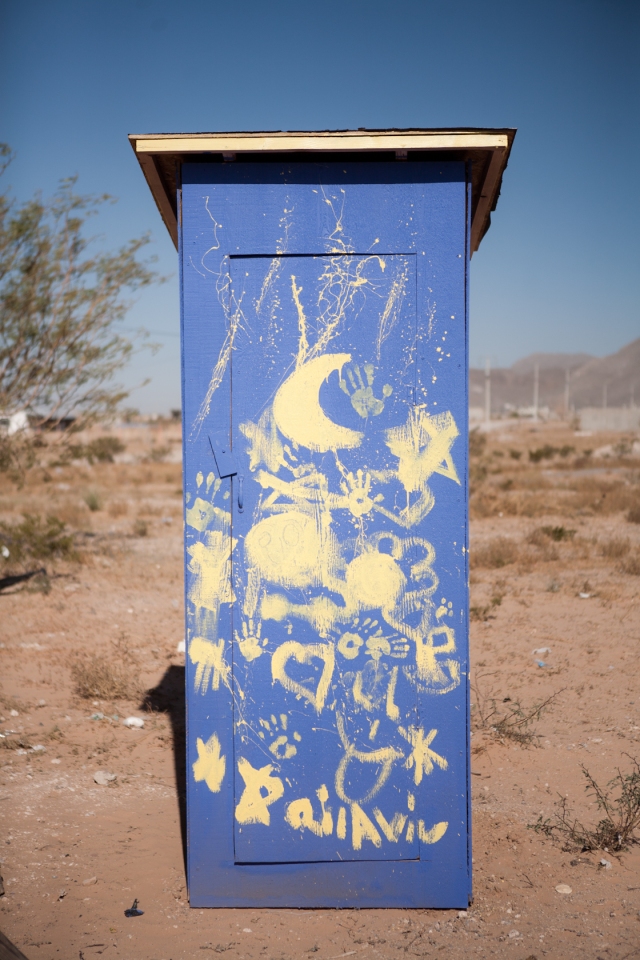 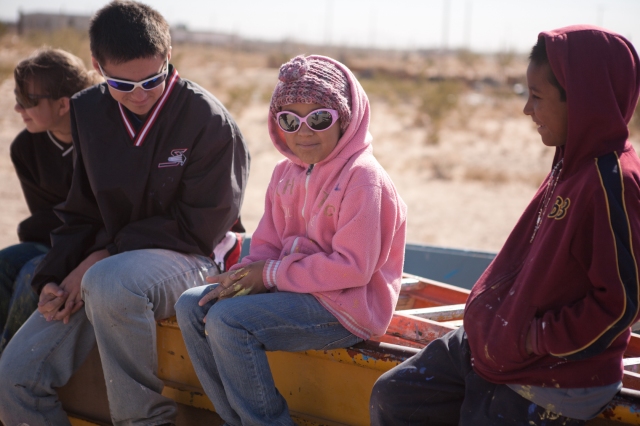 It’s official! With the passing of the keys and dedication of the home, it’s theirs!

Poor Jeremias wasn’t so sure about things.

The whole gang! We are crowded inside because of how windy it was outside. Wind means dusty, sandy dirt in your eyes. I loved the notable difference in being outside and then stepping inside to such a peaceful, warm, and dry space.

Sage spent her break times at the Team Center pushing “Baby” on the swing.

This little girl is named America. She’s the niece of Sandra, the daughter of Jesus, and she was as cute as could be!

Watch out, when Dusty gets his hand on a baby…this is what happens…

Again our neighbor friend wanted to be in on the action. Here he is serving food during the neighborhood food outreach time. Love it.

Remember that little neighbor boy? This is his father, Pablo. I chatted with Pablo a few times and as it turns out he makes and sells sweet treats in the community. He wasn’t pushy in the least–he just stood here with his pole of candied apples. On the first day of our build he actually brought over a big bowl of sugar covered donuts he had made to sell. He just walked around and offered them to each of us working. They were delicious! Pablo was a highlight for me. When we asked the Missions Ministries staff about it later and whether or not we should offer to pay him they said that it was a gift and that he was doing it because he was grateful we were there helping his community. Pablo brought his two kids over on day two and everyone helped paint. It was such a beautiful, simple offering. 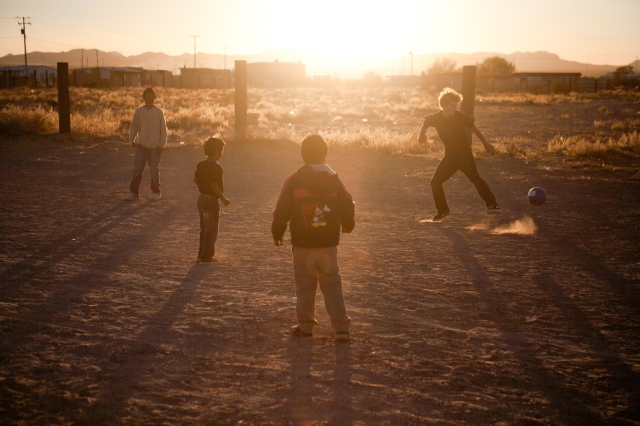 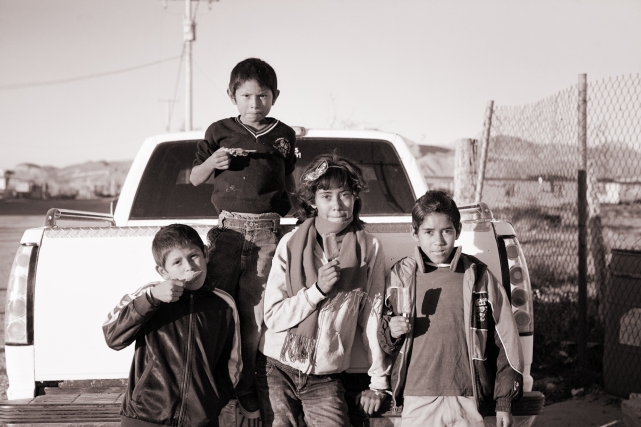 One of my favorite photos of the trip (taken by Krista Beard).

Something that didn’t get photo documented was a visit with the family we built for last year. Jasmine and her two sons, Fidencio and Alvieri stopped by the Team Center and we were able to catch up with them and see how well they are doing. It was hope-building for me as I remember these two boys having the same look as Carlos and Sandra’s kids–that of just surviving. The boys lacked energy last year and the youngest (who was maybe 3 at the time) just sat on Randee’s lap most of the time. There was a marked difference in all three of them. Energy, smiles, running, laughing, fuller faces, life-filled faces. It was so encouraging and good to see, giving me the hope that perhaps next year when we see Carlos and Sandra and their eight kids that we would see similar improvements.

Always so much conversation that takes place during and after a trip such as this.  There’s often an overwhelming feeling–so much need, but an apparent lack of resources and options. It’s great to know we impacted the lives of this family and, we pray, generations to come. Yet it doesn’t feel like enough and we wonder what else can be done.

We were so grateful to have the chance to be with the Missions Ministries folks and our Thanksgiving team once again and look forward to being part of this project in one way or another for years to come!